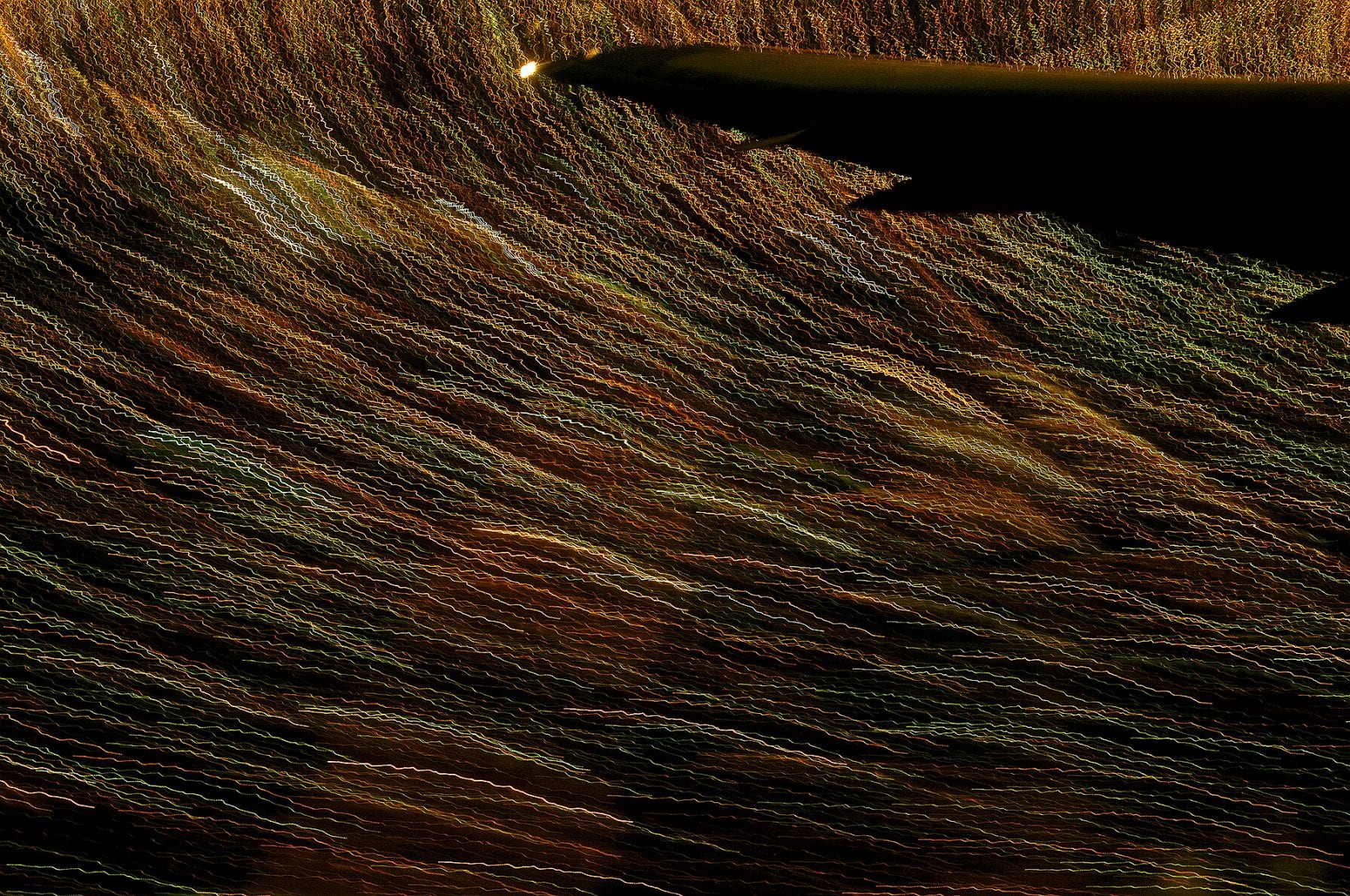 Do you use both memory cards in your Nikon body? There are advantages…

In coming posts, I’ll talk about my back up strategies and you can share yours. But this week, I’ll describe the options for using two memory card slots in your Nikon body (I’m pretty sure it’s a similar situation with other camera manufacturers), which lets you choose a primary card and assign how the secondary card slot can be used.

It’s a blessing and a curse but mostly a blessing to be able to capture images on two cards inside your camera. The advantages far outweigh the problems associated, which is basically one. Depending how you’ve configured writing to the cards, there is a chance if you have card problems you risk losing more of your shoot. If you can’t remember what you’ve programmed for the secondary slot, hit the info button and you’ll see which card does what.

First, a note about cards. Memory cards are one of the strongest links in the digital chain, and there are many stories of cards surviving all kinds of calamities, from fires or drops from large heights to wash, rinse and dry cycles for cards left to be laundered in the pocket of your favorite jeans. (I’ve done this but will deny it in court). They come out of these potential catastrophes working perfectly fine.

But the reality is the higher the capacity of your card, the more you have to lose when there’s a problem.  That said, knock on wood, I’ve yet to have a corruption problem and arguably the high-end cards from the big SD, CF, XQD manufacturers won’t let you down. I’m a proud member of the SanDisk Extreme Team, so I have been able to keep up on the latest memory card technology. I’ve slowly learned to trust higher capacity cards, particularly important with large resolution cameras like the D810 or speedy frame rate bodies like the D5 and D500.

Fast cards are a great idea, insuring maximum performance, draining the buffer quickly and allowing for faster playback and write times when you transfer your images to your computer, particularly important when moving big files. For JPEG-Only shooters, you can likely get away with slower cards and still max out camera performance.

Though the cheapest card vs. the most expensive, speed being equal — both deliver the same specs, big name manufacturers (SanDisk, Lexar) make all the components and though the a digital file from the cheapest card will be exactly the same as one saved to the most expensive card– high end cards have the edge when it comes to reliability and for my money they prove a good investment for the every shoot “once in a lifetime” images.

Because I do a lot of teaching, I’m surprised sometimes by the lack of knowledge of photographers who have been shooting digital for years. Here’s some sound advice when it comes to your memory cards:

In your Nikon’s Shooting Menu, you have a few options for programming your secondary card.

Overflow: When you select Overflow, when one card fills, a new folder in the second card is created and images then populate the second card so you never have to stop shooting. With today’s relatively large cards and two slots, you can literally go through an entire shoot (or week, month, etc.) without have to break your concentration to remove and replace a card.

It’s nice to be able to shoot without interrupting your concentration to change memory cards and bottom line, when you’re in the midst of an exciting shoot, you’ll walk away with more great shots. I still remember the film days when inevitably things would start to get good as I hit the last few frames of the roll and needed to feverishly change film quickly. No longer an issue. The Overflow option gives you the fastest write to card time, draining your buffer quickly, particularly important when shooting big dumps of information with quality set to Raw & JPEG Fine, the largest data dump to the buffer.  Because I’m shooting 128GB cards these days, I generally don’t need a second card if Overflow is my option.

Backup: Images are recorded to both cards at the same time giving you a back up of your shoot on the second card. It doesn’t matter if you’re shooting just JPEG or RAW + JPEG Fine, with the secondary slot set to “Back up”, you get an exact duplicate set of images on the second card for insurance.  You can hand off a card to an editor or another photographer secure in the knowledge that you have a duplicate set for yourself to edit from.

As memory card prices have come down I’m using this feature more and more as insurance in the field. It’s comforting for me to keep a set of my original shoot cards with me if something should happen to my computer and drive back at the hotel.

A slight cautionary note on the BackUp setting, depending on your camera body and how your have it configured, this secondary slot setting can slow down performance slightly since it takes a little more Expeed processor power to write the same big files to both cards, particularly the largest file configuration 14-bit RAW + JPEG fine.

RAW Slot 1 (Primary); JPEG Slot 2 (Secondary): This setting lets you shoot RAW files to the primary card and an identical image as a JPEG on the secondary card; same file number with a different extension (.nef for RAW; .jpg for JPEG.) This is the biggest dump of information to your memory card so if you want to shoot both, make sure you’re using a fast card to maximize your camera’s performance by allowing the buffers to be drained quickly.

Because RAW files are larger and take up more space then JPEG files, your primary card will fill more quickly. When either card fills, the camera will lock up, an abrupt message telling you to change cards. Or you can switch to the “Overflow” setting and release the room on the secondary card.

There are many potential good reasons for shooting both RAW and JPEG files. Raw processors and computers have improved to the point that post processing with NEF files is quite fast; but not as fast a workflow as when processing smaller JPEG files.

So when speed is important, as it is often is with photojournalists and sports photographers on deadline — knowing that one card has all your JPEGS can speed up your workflow by grabbing the JPEGS card to edit to quickly choose and transmit images. But because you’re asking your camera to output two files instead of one, it does slightly slow the performance of the camera down which can be an issue when shooting high-speed sporting events where fast frame rate bursts are important.

By the way, there are a few other menu and camera settings that can hinder your camera’s performance.  As mentioned, 14-bit RAW files are bigger than 12-bit, and fill up your camera’s buffer faster thereby slowing down overall performance which may be important for action photography. Other big processor-intensive settings include Active D-lighting, Long Exp. NR and High ISO NR which I would turn off until needed.

Because JPEG files can be marked for printing via the playback menu (see Print Set DPOF), you can choose a few images and run to the local lab, pop in your memory card– and have the prints you selected right away. Also, if you configure your shooting menu by using the right Picture Controls, Active D-Lighting, Vignette and Auto Distortion Controls on, JPEGs will reflect those settings without further processing potentially giving you the quality you want right out of the camera, vastly speeding up your workflow.

Keep in mind that when using your second slot as a back up or to separate JPEGS from RAW, your “shots remaining” display will reflect the card with less capacity and the camera stops shooting when either card is filled. Also with cameras that hold two different cards, the secondary card often SD, will determine the performance when RAW/JPEG or Back Up is selected, so make sure it’s a fast one. I like to match cards as close as possible both in speed and capacity.

You can also choose to let the secondary slot hold all the video you shoot choosing which of the two cards will be the final destination for your movie clips.

When it comes to looking at the images on a given card, for most Nikons you can change which cards images to view by repeatedly pressing the “zoom out” or “checkerboard minus button” until you see “playback slot and folder” show up and you can use the multi-selector to move to highlight the other card.

FYI,  if you’ve selected Raw on one card, JPEG on the other or “Back up”, deleting the RAW does not delete the JPEG, nor will deleting one image delete the back up image.