Can you have too much money? Too many megapixels? Too much hard drive space? Too much card capacity?

These are questions for debate (I tend to side on  the “no” answer to  these questions) and when it comes to high-capacity cards like recently announced 2TB! Delkin CF Express card, people get nervous.

After all, the idea of putting so many pictures in one basket has scared digital photographers since the original Compact Flash (CF) Card came out more than 25 years ago! Yeah, it was 1994 when SanDisk introduced the CF card for digital photography.

At the time, the cards used pins to connect with the camera and those pins could sometimes bend if inserted incorrectly, leading to problems and lost images.  Dust and dirt could also be a problem getting into the tiny holes on the CF Card connector.

I was one of the lucky ones however; never had an issue. But the question was raised:  If a card failed you might lose all the images– so better to have more smaller cards than one big one? Made sense.

The new CF cards of today have updated connectors and are more more reliable and still used in many high end digital cameras. But for us Nikon shooters it’s all about the XQD and now CF Express cards. Super fast, super reliable but pricey, (prices should stabilize and come down since several manufacturers are now competing for this growing market) these cards are state of the art and maximize the performance of our current Nikon cameras.

And they are reliable, if not the strongest link in the digital chain. Once proven to work, they rarely fail as long as you re-format your cards regularly and don’t make the mistake of removing them while they are reading, writing or updating firmware.

Which brings me to the idea of high-capacity cards as back-up. My podcast partner and Lightroom Whisperer Clifford Pickett put me onto the idea. If you have a Lightroom workflow like me, Lightroom gives you the option of “Don’t Import Suspected Duplicates” when importing.

If you have a large capacity card, say a 512GB, you can shoot all-day, download to your computer and then instead of formatting the card when putting it back in your camera, you just re-insert and continue shooting with your Z7 or D850 or whatever CF Express Card body you’re using.

So you add to the card without “erasing” your existing images. Depending on your shooting volume, you may go an entire shoot or trip without filling up your card.

Everyday when you download your images to your hard drive in Lightroom, the program copies just the new images to the drive which make this system easy. With one card you simplify your process, with the knowledge that as you continue to shoot, you do so with a back up safely in the camera on the card itself, should  bad things happen to your drives back at the hotel.

I used to take a similar approach, bringing enough memory cards so I didn’t have to re-use them; instead, keeping exposed cards in a special “exposed card wallet” as a back up.

But this idea is even simpler and potentially safer since you tend to take care of your camera while out shooting. Now if you’re a SD Card shooter like Cliff is, this idea can be a lot cheaper.

So this idea requires a lot more green at the moment to put into place.

The 2TB Delkin Device CF Express Card is the highest capacity yet and will likely be well north of $1000 when it comes out.

I used to wonder why in the world you would get a card so big, maybe high-resolution medium format shooters excepted. I thought about the idea of using these tiny and reliable cards as hard-drive alternatives. But with this Lightroom workflow, I get it and I’m saving up for something big.

What are your thoughts?

Tags from the story
Lightroom

Written By
Steve Simon
More from Steve Simon
If photographers were better able to communicate with words, I’m sure many...
Read More 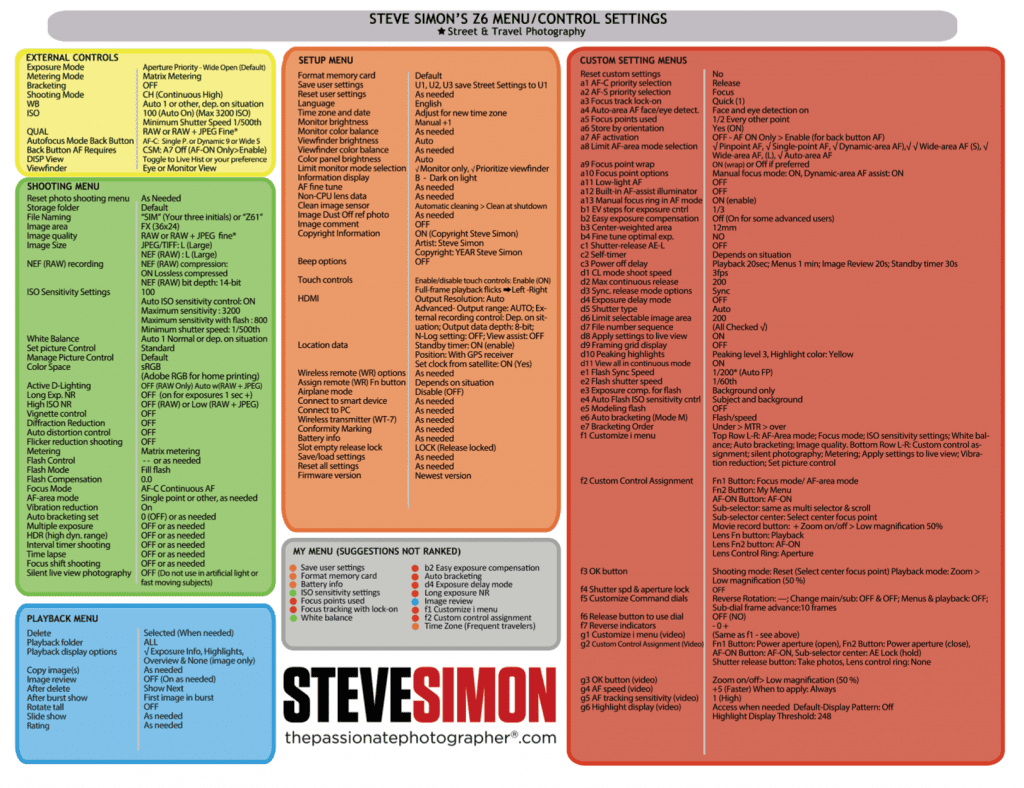 The Nikon Z6 Street & Travel Settings Card lets you set up your camera for the shortest reaction times. Some key menu items include the set-up for Back Button Autofocus as well as Auto ISO with minimum shutter speed. Use these settings as a starting point and tweak as needed. Just $10 for instant download.